Today would have been his 72nd birthday. My Dad.

Daddy was a real sage scholar. He was blessed with ‘Rocket science/brain surgery book smarts’ that were paired with ‘the street smarts of a south L.A. ‘G’. So what happened? How could the promising life of the youngest Eagle Scout in the great State of Texas at age 14 in 1955 be reduced to a hard life of struggles and trials?

All those years of struggling with the bottle presented him with a lot of learning experiences and skills to be gleaned.  He grew into a really great person once he put it down. The endless count of people he mentored and sponsored. We were blessed to have him sober for 33 years before his death. Thirty three years of Daddyisms.

Some were his own inventions; some were modifications of those handed down by the Great Bill W. And in tribute, I would like to share some of the Daddyisms my sisters and I grew up hearing. Mostly the following AA quips were what you would hear him say in response to our perpetual dramas:

And while he was frequently heard to utter the AA mantra, he is also remembered for several notorious quotes of his own as follows:

“Don’t go letting your mouth write checks your butt can’t cash.” He was known to give his last ten dollars to anyone who needed it.

“You’re not a victim, you’re a survivor.” He was never one to let you waller in your own misery for too long.

“Experience is such a wonderful thing. Because it makes it so much easier to recognize a mistake the second time around.” This was the brain-child for Nadine’s infamous quote… “I told you so has a brother…and his name is ‘Shut the HELL up!’

And, finally, the coup de gras of all Daddyisms, “Just because you’re sober, doesn’t make you a financial genius.”

He lived hard. And he died hard. A beautiful exchange of spirit with his entire family at the bedside crowded together each with one hand on him and one hand on each other as he took his last ragged breath and his spirit took flight into the wind. I can still hear Willie Nelson singing “Angels Flying too Close to the Ground” in the background.

We miss you Dad.

“We speak of a short life, but compared to eternity, who has a long one? A person’s days on earth may appear as a drop in the ocean. Yours and mine may seem like a thimbleful. James was not speaking just to the young when he said, ‘Your life is like a mist. You can see it for a short time, but then it goes away.’ (James 4:14). In God’s plan every life is long enough and every death is timely. And though you and I might wish for a longer life, God knows better. And—this is important—though you and I may wish a longer life for our loved ones, they don’t. Ironically, the first to accept God’s decision of death is the one who dies. While we are shaking heads in disbelief, they are lifting hands in worship. While we are mourning at a grave, they are marveling at heaven. While we are questioning God, they are praising God.” Anonymous 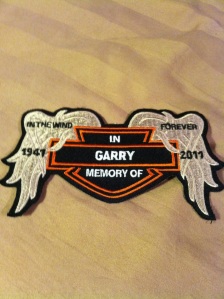 Respectfully submitted by your very best friend in the whole entire world,