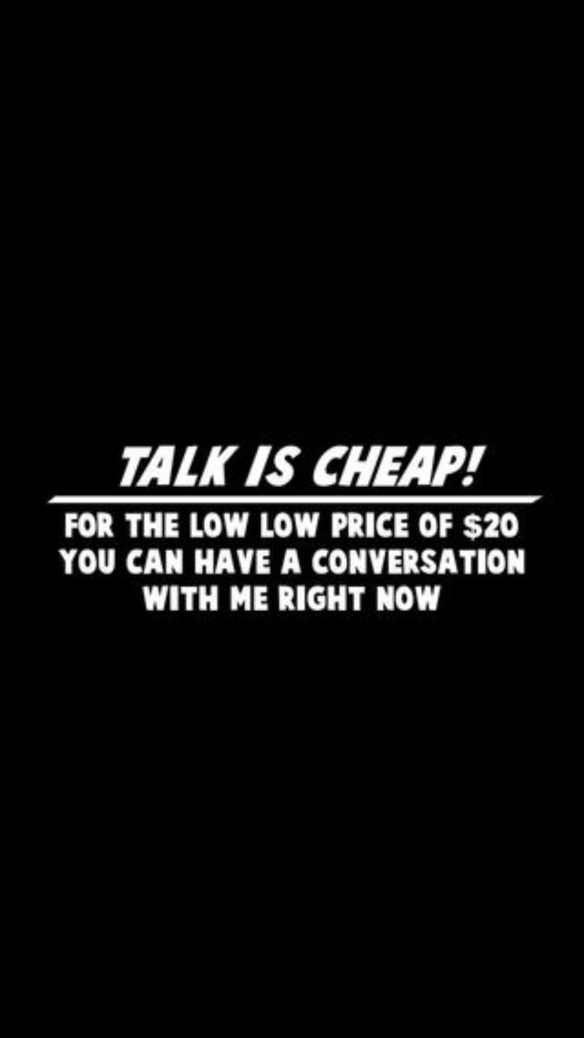 Anybody’s brains ever go from, “Hey, sweetie, maybe you shouldn’t say that?” to “What, the hell! Let her rip tater chip! Let’s see what kind of rise we can get out of them today?” Yeah. Me neither.

Anybody ever let their mouths write checks their butts can’t cash? Right. Me neither.

Some might say, “She’s lost her filter.” Or “She’s getting a little crazier with age.”

But maybe it isn’t crazy. Or like Ouiser, in Steel Magnolias, “in a very bad mood for the last forty years.” Maybe it is just putting the truth out there. For fun!

We have an underlying understanding here in the Trailer Park by the Sea…and that is, ‘don’t go dishing it out if you can’t take it.’ If you blaze a trail by saying everything off the top of your head then you might better expect the same truths in reciprocity. If you find yourself inclined to speak your mind, please don’t be mean spirited about it. You can’t go around being mean and not expect some of it to splatter back. Being mean will also get you kicked out of the trailer park. Anybody remember Fayline?

Rule #1 is don’t be mean in the first place. Also, don’t say stuff you don’t mean. Keep it to yourself.

Like Chaco the Macho Chihuahua advises, “Talk Purty. Says [sic] nice words.” Choose your words wisely. Speak them with very good intentions. Because you never know when people are listening to your crazy ass. And you might find yourself eating them…without ketchup!

And watch your body language. It speaks louder than your words. Body language should be consistent with your words; or, people just won’t trust you. Any Trailer Park Momma knows that.

Sometimes it hurts biting your tongue all the time. I know this!

But a little self-sacrifice can be worth it. Trailer Park Mommas raise their children to be seen and not heard. A character trait the dates far back to the early child development Trailer Park years. And tongue-biting is just one of many genteel southern behaviors modeled. With or without ostentatiousness.

It isn’t until the last half of the century when the filters become less dense and things just get said. Out loud.

But you don’t have to say everything that is in your mind. As Mawdine often reminds, “You don’t have to use all of your words today. It’s ok to save a few for tomorrow.”

Your VERY Best friend in the whole wide world 🌎☮️❤️🚋