Not so subtle messages at ‘THE george’

The grand hotel ‘THE george’ in College Station has a plethora of positive affirmations sprinkled throughout. It is a really beautiful and accommodating hotel strategically placed just to the north of the sprawling Texas A & M campus.

One of the first things you will encounter upon arrival is a flock of sheep that mysteriously wander throughout the hotel. Their significance, as explained by the front desk clerk, is a copy-cat from another hotel. The owner had traveled to a hotel with Penguins that randomly moved throughout. When he designed ‘THE George’ he thought it would be clever to copy that idea using sheep; since Texas A&M began as an agricultural college. I think it clever and amusing since they move throughout the hotel daily. You never know where you might have an encounter. I saw them in the lobby and bar area, in the hallway and surprisingly once on the elevator! Almost scared the crap out of me!

Additionally, the staff immediately points your attention to their 1917 Whiskey Bar where you can quench your thirst. Armed with a variety of 250 different brands of Whiskey you are sure to find your flavor. Each morning it duals as the continental breakfast bar. As I sip my coffee, I can hear Willie Nelson crooning from the nearby kitchen.

Mawdine and I discovered a unique and ‘modern’ approach to the water closet. No longer do the men and women have separate facilities but rather each bathroom is a separate room in and of itself complete with toilet and sink! Everybody uses the same hallway of facilities. No sharing! The tile floor has a larger than life message as seen below.

“Make Hay While The Sun Shines”

Also near the front desk is a massive art piece constructed by over 10,000 books carefully stacked to create a masterpiece of the Texas flag. With the exception of just a few, the artist insisted on using books only about Texas or written by Texans. How cool is that?!

Even the shower has a positive message… 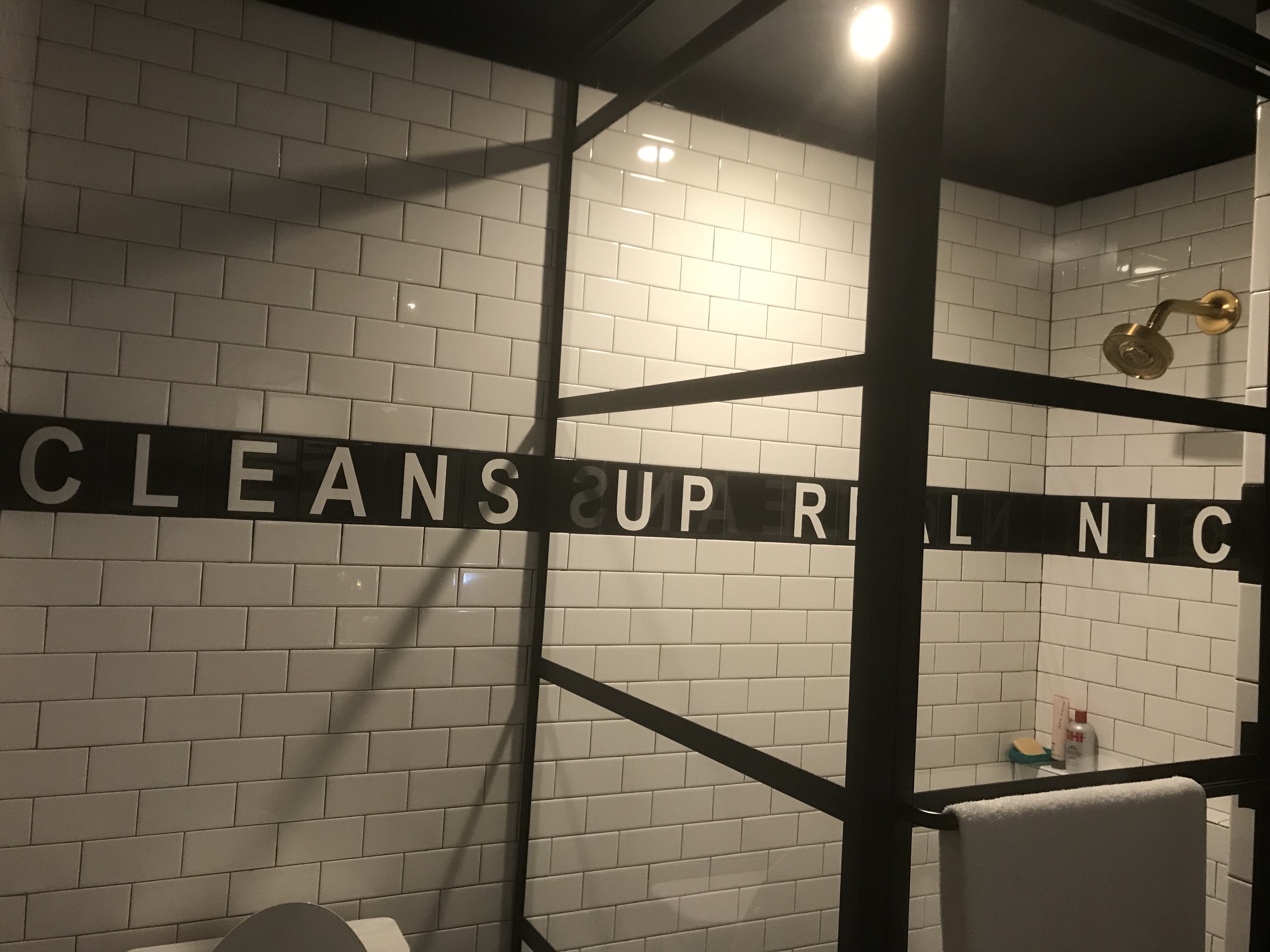 It has been an awesome summer alternating with a LOT of professional training opportunities and relaxing at the beach. And my stay at ‘THE george’ was no less than a positive experience. Let your light shine!

Your VERY Best friend in the whole wide world 🌎☮️❤️🚋

1 thought on “THE george”